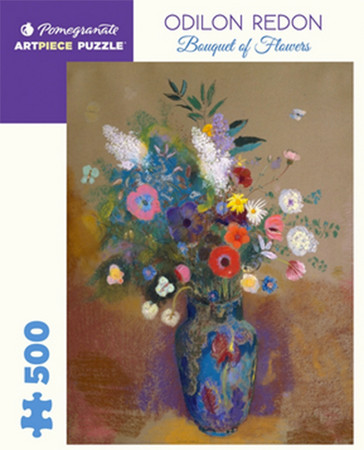 Odilon Redon’s exuberant flowers are the evolution of a career filled with dark, heavy works of deep imagination. The artist didn’t start working in color until around age fifty, when he began to trade his monochromatic lithographs and charcoal noirs for colorful oils and pastels. He began his mature flower paintings a decade later. In making works such as this, he referenced the extensive garden he and his wife maintained, but depicted bouquets of fantasy.

WARNING: Choking hazard—small parts. Not suitable for children under 3 years.