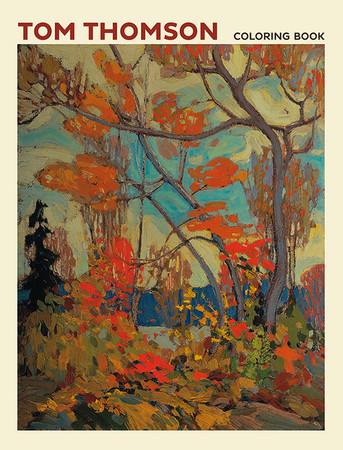 Tom Thomson (Canadian, 1877–1917), the sixth of ten children, grew up on a farm near Leith, Ontario (on the shore of Georgian Bay), but chose to earn a living as a commercial artist. He was an avid outdoorsman, fisherman, and canoeist, spending much of his time as a backcountry guide in Algonquin Park, and painting until the onset of winter would force his return to the city. This lifestyle offered only minimal wages, but it gave Thomson the freedom to paint in the rugged north country that was his artistic inspiration. In a few short years as a painter, Thomson captured the true spirit of the Canadian wilderness as he expressed on canvas his impressions of changing patterns of light, color, and the seasons in Algonquin Park.
Thomson died shortly before his fortieth birthday. Some three years later, united by their vision for a Canadian national style of art, a number of his artist-friends formed the Group of Seven, with which his name is frequently linked. Thomson is regarded as one of the most important painters in Canadian history.
In this soft cover coloring book you’ll find nineteen line drawings based on Thomson’s original paintings, which are reproduced on the inside front and back covers of the book. The last few pages are blank so that you, like Thomson, can create pictures of your own, perhaps recording views of a park or scenic area that you find inspiring.

Coloring pages are blank on the back so they can be cut out and displayed.