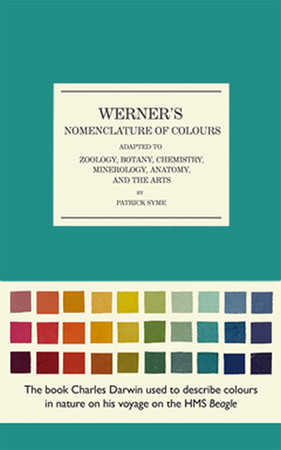 In the pre-photographic age, almost all visual details had to be captured via the written word, and scientific observers could not afford ambiguity in their descriptions. Werner's handbook became an invaluable resource for naturalists and anthropologists, including Charles Darwin, who used it to identify colors in nature during his seminal voyage on the HMS Beagle. Werner's terminology lent both precision and lyricism to Darwin's pioneering writings, enabling his readers to envision a world they might never see.

First published in 1814, Werner's Nomenclature of Colours is a taxonomic guide to the colors of the natural world that has been cherished by artists and scientists for more than two centuries. This beautiful pocket-size facsimile is certain to delight and inform a new generation of artists and scientists.